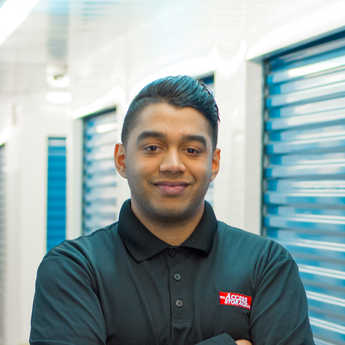 If It’s Either Cardboard or Plastic, Cardboard is Best for Self Storage and Moving

Whatever your moving or self storage project entails, cardboard stands up as a superior material for packing your belongings than plastic. This is significant to take note of when preparing for a move as you would want to remove your items from storage in the same condition they went into storage. Cardboard proves to keep your belongings in better condition, especially for extended periods of time, and remains the choice material for moving jobs.

At Sentinel Storage we provide tenants with the space they require when moving, decluttering, travelling, and when completing a whole host of other storage projects, and we know that their success hinges on every step of the moving process, including the materials they use for storage. Here, we examine the pros and cons of using cardboard and plastic for packing your belongings for storage.

The best way to load a vehicle for transporting many items is to load the items as tightly together as possible. The tighter items are loaded together, the less movement is allowed, and, subsequently, the less likely the load will tumble during transport.

Cardboard boxes come in various sizes, but if you purchase from one supplier, then they should all retain the same base size – only the height will change to allow for more to be fit inside the box. Because they retain the base size, cardboard boxes are excellent for stacking together tightly. Every box is square, meaning there will be no gaps between boxes.

We cannot say the same thing for plastic. Plastic bins typically have an angle to their exterior, or have bumps and grooves, or a lip to the lid, or some combination of these, which all leave gaps throughout your load. Gaps not only waste space, but also leave the load susceptible to movement.

Plastic bags are only worse, as there is no stable shape to them, making them incredibly difficult to stack together. Moreover, plastic bags can rip easily, leaving their contents exposed to potential damage.

Using a cardboard to protect the top of a table is possible. Don’t turn the cardboard into a box, keep it flat, and lie it on top of the table to protect its surface and pile more items on top of it. Similarly, flat boxes can be used in between glass or stone tops, or underneath a terracotta planter or concrete statue, keeping those items protected as well.

As we mentioned above, cardboard boxes fit together more tightly in the load of the truck, and this is the same for in your self storage unit. Plastic containers often have lips that jut out, angles, ribs, etc., making your load uneven and littered with gaps between items. When you are attempting to maximize the space in your unit, factors like these will add up quickly, and cost a significant amount of space.

Cardboard boxes are designed to stack together tightly, securely, and with space efficiency in mind; plastic bins do not have the same success rate, and plastic bags are highly inefficient for saving space and protecting their contents. If you want to maximize the use of space in your storage unit, then cardboard is the way to go.

What’s best for the contents?

One definite drawback of using plastic bins or bags is the material themselves: plastic does not breathe. If anything even the slightest bit damp is stored inside plastic, then condensation will result in mould. This is the single most important reason to avoid plastic for self storage in most cases.

Of course, there are specific items where plastic is the better choice, but this is mostly limited to mattresses and box springs. Some items, such as gardening tools, could be covered in plastic (to avoid dirt from the tools spreading throughout the locker), but even then it is just to cover the items, with some space for air circulation to travel through.

The majority of your storage items should be put in cardboard boxes, as they allow the contents to breathe more, significantly lowering the possibility for mold growth and increasing the likelihood that your belongings will come out of storage in the same condition as when they went into storage.

What’s best after the move into self storage?

After their use, cardboard is again superior to plastic. Plastic bins are one shape and one shape only. Whether full or empty, they take up the same amount of space. Cardboard boxes, on the contrary, can be broken down, becoming flat again. If you’re storing these for future use, then the cardboard boxes will take up but a fraction of the space plastic bins will because they can be flattened.

If, on the other hand, you are not intending to store these for future use, then cardboard still proves superior: cardboard is recyclable and easier to dispose of than plastic bins.

When it comes to transporting your storage belongings, loading them in your unit, and protecting them during their life in storage, cardboard is the better option than plastic almost every time. Even after their use during your move and in self storage, cardboard proves to be better to keep for future use or even for disposing of than plastic.

Sentinel Storage sells every type of moving and storage supply, from boxes and packing tape through bubble wrap and paper to mattress covers and more. We are more than happy to help you make the right choices for your storage project, and this includes advice on the sorts of packing materials best for your move. Speak with your Sentinel Storage adviser today for more information, or for any question you might have about your self storage requirements.

How to get your apartment rental deposit back

Here are some tips on how to get your security deposit back.

How to choose a real estate agent

There are likely many real estate agents in your area to pick from so you may be wondering how to pick the best person to suit your needs.

Select your store to make a payment.